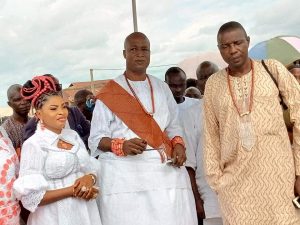 ……The rich  who  bails criminals

……. We keep Lion and goats as pets

…….. Vengeance is Mine says the Lord

…….His remains still in the morgue

Since December 15, 2021 when the late High Chief Túndé Ìlòrí the Elérèwè of Òwò Kingdom was brutally assassinated  by some gunmen the family of the slain Chief has been  pleading to the  natives to be bold enough    to  help fish out the killers . But if the government cannot fish them out God in His Infinite will not spare them no matter their connections , their jùjú and marabouts. TAIWO ABIODUN writes

Káì! O ma se o .So all the  costumes and paraphernalia of Elérèwè  are gathering dust now? .May God in His infinite declare war on his killers. 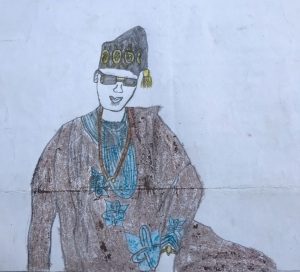 So other   bead-  wearing Chiefs    like him will go out and  wear their  costumes  without  their fallen colleague?. Yes, his death or absence  will not stop anything and will not stop the world from moving on. So everybody is moving on?. Where is our conscience? . So in that Òwò town we don’t know who killed Elérèwè?. So nobody can stick his neck out to fight for the late Chief?. O mà se ò, t’ìre ñbò, t’ìre ñbò n’ikú ñwí . It is Elérèwè  today and it could my own  turn tomorrow , infact it could be  your turn  today or tomorrow .

Here was a man who  contributed immensely  to the festival and because of him friends and lovers of culture come from Lagos and abroad to watch the festival. He used to slaughter cow every year  to celebrate the festival. Wàláítàlaì e no go better for his killers. His killers will die shameful death. Thunder will strike his killers, olóríburúkú gbogbo. Omo ãlè. The killers’ families will perish in hell fire. Why are we so wicked? . They will get the killers  and it may not be immediate but one day. It is just a matter of time. 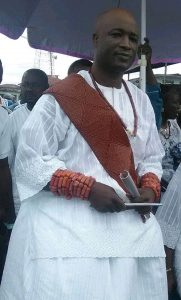 People will  lick your fingers drenched in palm oil but not the fingers with blood( Owó epo l’aráyé ñbá nii la ‘nwon kìí’ bá ni l’áwó èjè) If   Elérèwè had had somebody at the  top …. If Elérèwè had known someone in Aso Rock Villa…. If Elérèwè had been a wealthy Chief ….. . But he had no connections. He was not wealthy. .He had only few trusted  friends .If Elérèwè were  a millionaire ….. If Elérèwè had contacts in high places …..But he had  none of these. Káì! it is all ”Ifs.”

Do you know that those who had hands in his death are being tormented day and night?. They are running from pillar to post.  They are being haunted by the spirit of  Elérèwè . They know themselves. Those who were paid to snuff life out him  have finished the money paid for the assassination and are now suffering alone .  Wàláítàlaì òghon yà sùn má (they cannot sleep any longer).

In our society when a crime is committed they run to the rich who will  use  money to  bury  the case. The rich too have forgotten that  they could be poor by fate later in life (olówó òní lè d’olòsì bo d’òla ). The rich forgot that wealth  is like ocean waves . We know the truth , we see the truth but pretend not to.

A story was  once told  of  a rich man who used his wealth to ”assist” criminals who commit crime  to evade justice . He was so influential that he turned it  into business while human lives became cheap. Criminals were walking free in the public and boasting .While the oppressed  and the poor who could not get justice cried to God to revenge .The rich man was so powerful that no man  had the effrontery to  challenge him in that community . One day at  his old age one of the criminals he once ‘helped’  ran mad and came to his house and killed all his children while his other children living abroad ran mad. The rich man who had harem of wives  could not sleep again as his  seven wives died  within one year. His wealth perished before his very eyes . When he consulted some spiritualists  the  rich man was told that  all the curses laced on those criminals   were on him and his family.

Those who killed Elérèwè , those who plotted  his  assassination and the guys who carried the riffles should come to the open to confess.

”A story was  once told  of  a rich man who used his wealth to ”assist” criminals who commit crime  to evade justice . He was so influential that he turned it  into business while human lives became cheap. Criminals were walking free in the public and boasting .While the oppressed  and the poor who could not get justice cried to God to revenge .The rich man was so powerful that no man  had the effrontery to  challenge him in the community. One day at  his old age one of the criminals he once ‘helped’  ran mad and came to his house and killed all his children while his other children living abroad ran mad. The rich man who had harem of wives  could not sleep again as his  seven wives died  within one year. His wealth  perished before his very eyes . When he consulted spiritualists the  rich man was told that  all the curses placed on those criminals   were on his him and his family members” 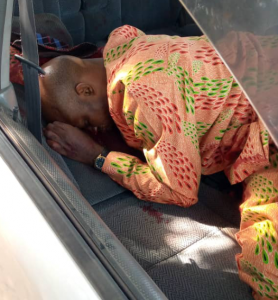 If Elerewe were your brother and was felled like this how will you feel?

The Biblical stories are real. After betraying the son of man , Judas Iscariot went  to hang himself. He could not bear the heavy burden of guilty conscience again. It was too heavy for him. Friends, associates and even the Kings could not help. Nobody could harbor him again and nobody could call him his friend.

WE KEEP LION AND GOATS AS PETS

Since the  brutal killing of  Chief Elérèwè of Òwò Kingdom  we  have been living in self denial . We pretend that nothing happened.  Everybody is going on his business .We shield  suspects and  we  pretend  like the man whose house is on fire but told his children that all is well. We breed not only hyenas or tigers but also  dangerous snakes . We  keep cobra in our room as pet  and pretend that  all is well. We keep lion in the house with goats and  claim  the two are just  pets . We keep  these criminals in our midst  and pretend we are safe. We forget  that  the  criminals  we are shielding will one day  rape and kill  our daughter, mother or niece.

We are  not only foolish and stupid but  also  wicked . Our society is wicked . Let’s leave the  defenders of evil who are   wicked and soulless alone , let’s leave the rich and well connected people who use their wealth and influence to inflict pains on the weak  and make the criminals  evade justice for God said it all” vengeance is mine.” 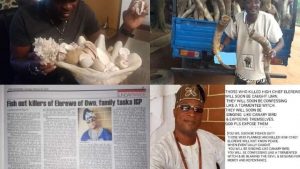 CAN WE HAVE ANOTHER  GANI FAWEHINMI AGAIN?

For those defending lies may God  rain curses on them and  what happened to Elérèwè  should happen to their family members.  The late Gàní Fáwèhìnmí’s name will forever be in the good book of the Ondos because he  fought for justice .  Fáwèhìnmí would not because of money defend crime or injustice. Fáwèhìnmí would not defend  a crime he would rather expose the criminals. He defended the Nigerian masses till death.

It is exactly 10months today that the  Elérèwè of Òwo Kingdom  was  brutally assassinated  but we are laughing , attending parties and pretending that  nothing happened. Haba!. Are we just stupid and foolish? .Have we become  aláìnírònú ará Galátíà?

Let us review the print and electronic media that carried the news. Let us show them to our children .Let the History of Òwò not forget this one that an High Chief was brutally killed and nothing happened 10months after.

Let us not keep quiet. Let those who did it not have rest of mind .

How High Chief Elerewe was killed

Killers and supporters  of Elérèwè will not go unpunished

I received a call sometimes ago , from  Dallas. The  caller  asked when the annual Igogo festival  would start . I told him it would not be as usual , he said ”Oh my God I will miss this year’s festival . I enjoyed watching Olowo’s  costume and Elerewe’s  dancing  steps especially  his appearance that showed  his height  –  over six feet tall”. He burst into tears again and rained  curses on  those who killed Elerewe.    He again started pouring curses  on the killers until he burst into tears and dropped the phone. May the killers of Elerewe burn into ashes and reap bountifully their wickedness   from generation to generation. 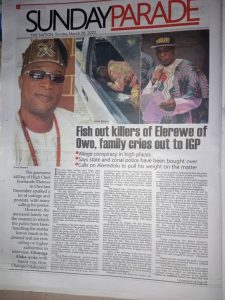 Who killed Elerewe of Owo Kingdom?

Who is the next victim after Elerewe? 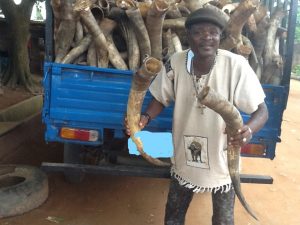 May those who killed Elerewe die mysterious death. May those  who contributed to the  killing of Elérèwè experience such calamity in their household. Shout Amen please.

TO THE KILLERS OF ELÉRÈWÈ , HERE IS THIS SONG FOR YOU

May those who know those who killed Elérèwè and those  hiding the truth be put to shame  with their entire family members. AMEN.ASE.