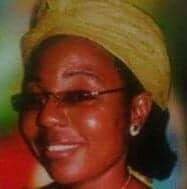 Tomorrow, Tuesday  July 2, 2019 the Ogun State High  Court will be sitting  as the   legal battle between a writer/journalist,  Mrs.  Dupe Olaoye -Osinkolu   and  a global brand book publishing company , Melrose Books and Publishing Limited continue . The case  was adjourned on the 9th of  April when the Court did not sit.

The   case started in  the year 2012 . In an Original Summons filed on her behalf by a Lagos State -based legal firm , Oluyinka Olujimi & Associates , Mrs. Olaoye- Osinkolu  had informed an Ota , Ogun State High Court  that the said company has since the year 2012 held on to her intellectual work , in flagrant breach of a contract signed with her.

She told the court that the publishing company published  in a leading national newspaper asking people with educational children stories to submit them for consideration and eventual publication.

The claimant forwarded her  own contribution of which the considered very good and satisfied their standard and merit. The company, Melrose   later invited Olaoye -Osinkolu  to sign the contract , and among the  terms are that she must not make the story available to any other publishing company  while it made some financial pledges , including  if it failed to publish the work.

Seven years after the company , Melrose Books and Publishing Limited  neither published her work  nor compensated her despite her  demand for her materials  be returned.Now  she  fears  that they must have printed the work in another foreign country under a fictitious name or title.

1. A declaration that the defendant’s failure or neglect and /or refusal to either publish or return the manuscript of the Claimant and /or pay compensation to the claimant is wrongful and constitute a breach of agreement between both parties

2. A sum of N25million (Twenty five million naira) only as damages against the defendant for the loss suffered by the Claimant on the account of not publishing /returning/compensating/the Claimant as contained in the agreement .

3.A sum of N20million as compensation for the loss of another contract suffered by the Claimant on the account of the agreement binding the defendant to the Claimant.

4.Interest at the rate of 10percent per annum from the date of judgement until judgement is satisfied as provided in the rules of Court .However , rather than affirm or deny the claim of the journalist,the company has told the  court  that it lacks jurisdiction to entertain  the matter.

In a preliminary objection  filed  on its behalf  by a law firm , Enitan Associates , the company  is seeking refuge in a legal technicality that the suit was  brought as an Originating Summons and not a Writ of Summons.

Originating Summons are processes in which Courts are asked to interprete  statutes or agreements, while  writs are for contentious matters.

In an interview with taiwoabiodun.com , Olaoye-Osinkolu vowed to see the matter to a conclusive end . She was shocked that   the company would  seek refuge in technicalities rather than either admit or deny her claims of being unjustly the enjoyment of her intellectual property.

She said  ”This is real cheating and it is unfortunate we allow this type of fraudulent activities to go on in this country. Now how will others be encouraged or how will they trust these publication companies? .Just imagine, this is the same company that , on receiving our court summons pleaded  for out of Court settlement , and renewed pledges to publish the work .They even hurriedly sent me a hurriedly designed purported book cover in which they misspelt my name .I, in contact with some other writers whose works they also fraudulently obtained and refused to publish are waiting for Melrose Books  and Publishing. Yet, their contact binds us from making the works available to other publishers. We are waiting for them in Court”.

The work  has been with the Melrose Books and Publishing Limited  since 2012.