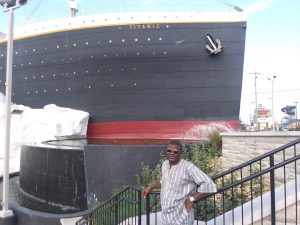 We  wept sighting  the  TITANIC Ship

As Ronnie and I were driving  from Westgate Branson Woods Resort hotel   down to the TITANIC  Museum  in  Branson to have a look at the historic but  the most devastating casualty  Ship, The TITANIC   that shook the world . I was excited as a journalist saying at last I would  see with my two  eyes the  ill- fated ship .I was happy on that morning  and I sipped my Cappuccino  coffee , and took my brandy along with me .Yes ,  we travelled from  St Louis to Branson in the State of Missouri in the United States of America , and for two weeks we were in Branson going from one place to another with my camera.

”Ronnie is that the ship?”I asked  , but she shouted at me saying ” Abbey why are you so anxious to see the ship?. We will soon get there”. Less than a kilometer  we were there! 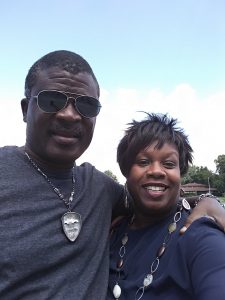 ”Armed” with my  Brandy  we alighted from the car but when I sighted   a white object by the ship , I  screamed ”Ronnie that is the evil iceberg !”, and tears welled down  my face.My face became  heavy .I shed tears. So this is the evil iceberg the ship struck and took away over 1,500 lives?, I said in a low tone. Seeing my swollen face , Ronnie cried ”Whaaaaaaaaattttttttt?. Oh  my God, so the story is true  after all. Abbey, Bobo T,T Bobo I cannot take any picture and I will not record anything”,she said  as  we both  broke down and wept.

Looking at the artistic  and well crafted gargantuan ship  with the operational  instruments  of which professionals from all fields  had worked on. I was in  deep thought of how it could have sunk in spite  the assurance that it was safe!. But son of man has forgotten that the ship is a replica of the sunk ship and that  she is not on the sea , and that the iceberg by its side is artificial . But the thought of those perished especially   the two lovebirds , Jack and Rose came to mind, and emotion took over . 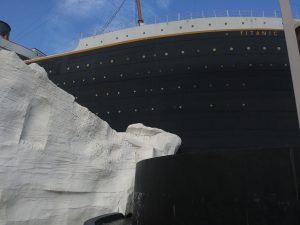 On that fateful April 15, 1912, the news spread like wildfire that the Titanic  ship that one of its engineers once boasted that ”Even God cannot sink this ship” went down in  the  Ocean and sunk killing over 1,500 passengers including some crew on board  , off the coast of Newfoundland in the North Atlantic after hitting the iceberg where 2,240 passengers  and crew were on board.

In March 1909 the construction of the ship started and it was  completed with all necessary workable materials with many features and  engineers were full of hope that they had been successful in doing an excellent   job. 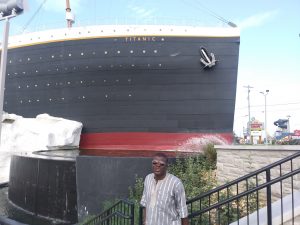 I went round to look at the words ”TITANIC” written on the ship.I  looked at the  evil iceberg and  I cried that this is  where the most luxurious cruise ship full with  people of different skills,status ,characters and background   perished .I cried that this was where Jack Dawson and Rose  DeWitt  met  and fell in  love   but  ended in tragedy . I cried that the Ship that took off   from Southampton, England  for New York never got to its destination.I cried that the evil   iceberg caused the disaster .I cried that the ceremonious ship spent only four days  from April 10 to April 14, 1912 to reach the destination of destruction!.

All efforts to go to  Newfoundland in the North Atlantic where the ship hit the iceberg and perished over 1,500 people failed as Ronnie refused to take me  there!.

Next time I will pay a visit to the site of the disaster and take the picture of the cursed spot.

Since August when we visited the Titanic I have been seeing  images of Jack and Rose in my dream.