Time: 5:30pm.It was in June , during the raining season and it  was raining heavily. The rain was splashing on the rooftops while the sound of the falling  ‘iced’ cubes from above was heard as they pelted on the iron roofing sheets. Thunder and lightening followed.Fear gripped  many as they remembered  Sango the Yoruba god of Thunder believing  he has come to revenge or to deal a fatal blow on those who  offended him. Again, the sound of the thunderstorm  was  more than the booming  of the guns and rockets during  the Gulf war  or Liberia war when guns boomed sporadically .My visitor kept  crying ” Oh my God how will I get home today ?. My husband must have been expecting me back home .It’s now 7 o’clock in the evening and we had closed since 3 o’clock“, she lamented , shaking her head intermittently like agama agama lizard. That is Ketchy , a beautiful lady , a superb damsel who makes a strong man weak 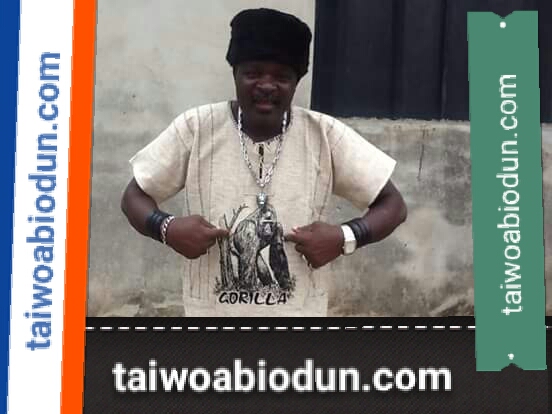 Ketchy is a paragon of beauty.She is slim with figure 8.Her straight legs and eyeballs could make one go crazy capped with her skin color .Her fingernails, toes and long hair  are all natural .Her rotund buttocks are not padded , she combines  beauty with  brain. She once contested in a beauty contest and  won. She cat walks, her figure 8 could make you borrow money and give her.She is rich and respected .Ketchy is a big girl and has dined with the high profile people in the society , in fact she has throttled the globe.

I was happy that I got her at last. I looked at her , shook my head and smiled . I drew her nearer ,held her two God’s given soft oranges  planted on her chest and as I sighted her smooth- cream- colored skin they all  ignited fire in me and made me exploded like  tornado. I held her tight , kissed her and almost tore her lips apart as my own lips were full of lip- sticks .My lips were red. As I pushed her into my sofa chair -she did not struggle with me , but just went down and   closed her eyes. I quietly but nervously  unzipped my trouser with eyes dazed ,she too was murmuring and saying inaudible words and twitching her body begging me to come as she could not control herself again.

I quietly removed her skirt.When I sighted  her string pants  I started  salivating and panting like a dog .Her thighs are smooth . So you are gifted with this inner beauty of the goddess ? I soliloquized  .I untied the string ,flung it somewhere and went ahead to play with her tits until she became weak and begged  me to come in.As I was going in, there was no signpost of ” no thoroughfare here” as the road is like Lagos / Ibadan expressway.No blockage, no obstruction, no traffic hold- up, no culvert, no T- junction, no left or right turning and above all there was no accident.The road was more than  smooth.After devouring ourselves we slept off.

At 3am , I woke up, and  I took a shot of ogogoro the local gin to enhance my sexual performance again . Yes, I had paid in advance for the gin mixed with local herbs and I took Via1gra along with it.

Yes , I had already prepared , In fact fully prepared for her .I canvassed her to exercise patience and that the rain would soon stop. But immediately I mentioned “rain” , the rain started all over again and all the trees in the environment began to bow down for the heavy rain came with heavy breeze,blowing .All roads had been destroyed while erosion had taken over some areas , old and dilapidated buildings gave way while the town shook to its foundation . Ketchy’s car  which was parked outside my house had been washed away and got stuck among the debris .The rain was like the Noah’s period when the world was destroyed by flood. When I sighted her on the sofa chair she was sitting she had slept off and I quickly made a quickie as we devoured ourselves like hungry lions.

I had told my colleagues in the office about my visitor I had been longing to see .I had vowed to go for eight rounds if Ketchy turns up.I vowed, I made promise and I planned it to the highest level of execution. And now the ball is in my court.

But who is Ketchy and why did I behave in this way?.

Ketchy was my school mate at St .Yeso Grammar School.She came from Lagos to join us in the village .She was a very beautiful girl but very arrogant and too full of herself .She refused to date any of her age group or classmates but preferred working class men like Bankers, Medical doctors , lawyers and so on .Let me quickly  add that she was very brilliant as she made “A”s in all her science subjects . Immediately after her secondary school she went to the university to study Medicine , graduated at the age of 26 and bagged her MBBS CH.

Ketchy worked for five years and had all she needed, Infact she was more than comfortable with three houses and two yachts.As a worker now  she is  dating Pilots, Ambassadors, Ministers and Company directors which made her rich , very rich than her colleagues .

When Ketchy was 38, she  wanted to settle down but with the hope that she will still get one of his former lovers to marry.

Did I tell you how a Pilot’s wife came to beat her up and made her abort the pregnancy she had for her husband ?

But how would I  have loved to befriend Ketchy when I knew all these?

Ketchy was my former girlfriend but she betrayed me when it was five days to our wedding day as she eloped with a Pilot and spent three months in the United Kingdom while I was here in Yeso village shaking my legs and head and biting my lips and fingers .It all happened in 1988 when she didn’t turn up for our   church  wedding.The officiating Ministers and well wishers were all glued to where they sat and later left for their various homes jeering at me, some cursing while others could not believe.It was a disgrace .When  I  got home  brown I saw a brown  envelope and  I  opened it there I saw a letter and  behold it was  a letter from Ketchy  that I am  not a prosperous man and that she doubted my future as a secondary school teacher.The letter is still in my drawer till this day.

I swore to God almighty that I would one day revenge .I wondered ” Why did they despise a school teacher? Must we all be rich? Should I throw away my Vespa motorcycle ? Should I go and steal to make it in life?”

When Ketchy ditched me in 1988 and went to London , I was a school teacher with a Bachelor of Education degree.From there I went to enroll for my GCE and made all my papers .I put in for Law and in a nutshell finished , went to Law School.Within the spate of four years I had made my name because I worked in a very popular and radical lawyer’s Chamber,thus I became known too.

One day I met a lady whose car broke down on Apapa Expressway , immediately I sighted the lady I knew it was Ketchy, but she didn’t recognize me .How will she recognize me when I had my Black Suit with tie on, when I was expected to be in our town holding a piece of chalk and cane ?. When I should be riding my Vespa ?. No way ,she can never thought it was me .One thing led to another .I promised to marry her .

She told me she was still in her husband’s home and would plan to divorce him.

” I am two months pregnant for my husband but I will abort it in order  to marry you. You know how good the combination of a lawyer and a doctor is ?”, she said. That was how we started our love. Still I did not disclose to her who I was because I had  changed and looked robust.

THIS IS A TRUE LIFE STORY , NAMES  and places HAVE CHANGED