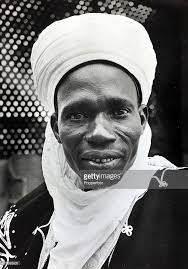 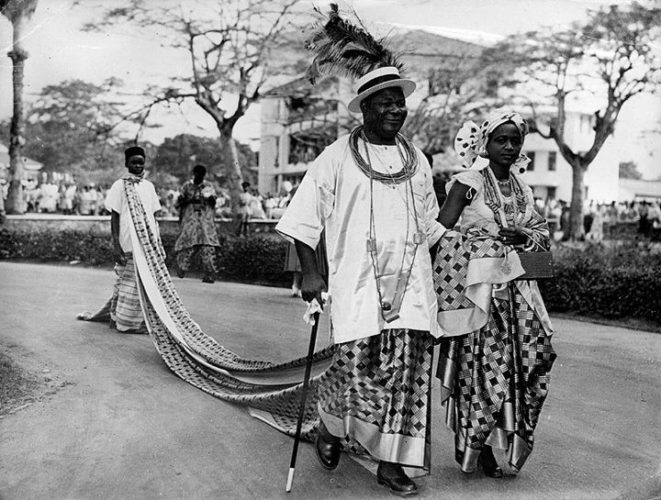 Bishop Zacheaus Ayinla Adebayo narrates how he saw the dead bodies of   the late head  of state Abubakar Tafawa Balewa and the  Finance Minister Festus Okotiebo which he discovered in a bush 52 years ago.He spoke with taiwoabiodun.com

One man that is not happy  every year  when the country remembers the January 15, 1966  that consumed some of our leaders is Bishop Zacheaus Ayinla Adebayo Of  African Church , who lives in Abule- Oke ,Iyana Ilogbo, Lagos /Abeokuta Express Road, Ogun state.

According to Adebayo , he is not happy that some people are rewriting History, he therefore seized the opportunity to correct those  misinforming the public with false and untrue story of how the duo Sir  Abubakar Tafawa Balewa and the Finance Minister Festus Okotie Eboh  died, and how their bodies were found in the bush at Coker, Iyanalogbo, along Lagos / Abeokuta Express Road.
According to Adebayo , the memory of the slain bodies of the late Balewa and Okotie  Eboh will forever remain in his memory as long as he lives .
Adebayo who is a Bishop went down memory lane to speak about his shock and effort to report the case.
According to him , he was still in his early 20s when the First Military coup took place in Nigeria.
Speaking with taiwoabiodun,com  he said “my late father , Timothy Osho Adebayo had rice plantation farm in Iyana – Ilogbo, Lagos / Abeokuta express road then, I was pressed and wanted to go to the toilet and I needed to cross the road, as I got to where I would defecate in the bush I saw the body of Okotie Eboh in pyjamas , and by my right hand also was the body of Tafawa Balewa in white leaning on a Palm tree , he was shot on  the  chest while Okotie Eboh’s side was riddled with bullets . I saw the two bodies with my naked eyes,the bodies were already decomposing” , he continued ” Immediately I saw the two bodies I went to tell my father that I saw two bodies the government was looking for.There was a pond at the back of where Tafawa Balewa laid and we all ran back home. We alerted other farmers to vacate the place and they rushed back home”.
The Bishop continued “We had heard the announcement over the radio that whoever saw these bodies should come and report .Then the following day some pressmen came and among them was one Mr .Segun Osoba who reported the story , he was with The Daily Times then, and he later became the governor of Ogun state.The third day the two corpses were taken away by some soldiers”
He continued ” several years later when Osoba came to campaign here and I introduced myself to him that I was the one that spotted the place where those corpses were discovered for him to write his story then , he was surprised and promised to make the place a tourist Center .
“When he became the Ogun State governor I reminded him and he did promise to do something but nothing was done.If the place had been turned into a tourist Center now and marked down for everybody to know the spot it would have added to our museum. I remember then that many traditionalists came to mark the area and scooped the earth . But since the place was not mapped out for recognition nobody cared about the place again”.
Adebayo appeals to the state and federal governments to make the place a tourist Center, he said ” if it is in a civilized country the place would be honored and mapped out as a tourist attraction Center in the honor of the fallen heroes and this would even be a source of income to both the state and federal governments”
Beating his chest, Adebayo said ” I want those who are rewriting and distorting history to come for public debate.Today, I still live around the place. I know the very spot .My concern is that the place should be a monument to commemorate the remembrance of these fallen heroes “.
He spoke with confidence “I am now 75 years , I remember that year 1966 , it looks like yesterday .Later Segun Osoba came here to verify it when the news spread and he later went to publish the story .
The Bishop who is still bitter,  said ” Osoba promised that the place will be turned into a tourist Centre but nothing was done .The place is now a town , but nevertheless I can still recognize the spot .Whenever I remember Janunary 15 , I am always sad .As a Bishop I feel sad”.
He boasts to face anybody that has a contrary report to come out openly for public debate ,” Whoever doubts this story should invite me and I am ready to tell the public “