PRINCE Olaleke Olateru- Olagbegi was attacked and  called names on  Facebook last week Tuesday  by one Bode Eleko who, according to  information  he is based in Dubai.  According to investigation , Eleko is from Owo and his  mother lives in Owo at Mobil area.

GENESIS OF THE CONTROVERSY

A post on the Facebook  on Prince Olaleke Olateru -Olagbegi  from one Arakunrin Olujide Tububo that reads ”What is politics? .What is political science?. And what is Political Administration?. I was happy today as I captured  another Alumnus of Imade College Owo, and a Master’s degree holder in Political science and Public Administration from the magnanimous University of Benin. In fact there are names and there are names.The son of Imperial Majesty Oba Victor David Folagbade Olateru- Olagbegi who vehemently and vociferously said he will be going to the Ondo State House of Assembly down 2019. As a Political Scientist  I think he knows the rudiments of Politics and Public Administration.He was captured live today at the Owo Chicken Republic just two minutes and twenty five seconds. Listen to him , his full stories and his nomenclatures will be available for public consumption soonest” .

One Bode Eleko replied to Tububo’s post that  ”This guy prince or what he is called is more than being crazy. What he said about Legislation is never obtainable anywhere in the world .He is just  trying to deceive the youth into voting for him.His father is the sitting Olowo of Owo who leads the traditional institution.Then the crazy guy will now lead in the political area.  LET’S  REJECT BEING MORTGAGED  BY OLATERU’S”

Narrating his story,  the Prince  who spoke on phone with taiwoabiodun.com  said  he  received several calls early  Wednesday  morning asking him to read what one Bode Eleko commented on  him on facebook , that he is crazy, and deceitful. Eleko did not stop there but went as far as mentioning the revered name of the Olagbegi’s royal family.The Prince whose voice was calm on phone   said ” I was surprised when I received over 1,000 telephone calls and sms messages from both local and international  asking me whether I read what one Bode Eleko wrote on Facebook about me. I was shocked to my bone marrow when he called me a Crazy man , and made mention of my father and family name we have built for generations.I have never met him before infact I don’t even know him. What have  I done to have deserved such an insult?. Well, I have contacted my lawyer”, he said 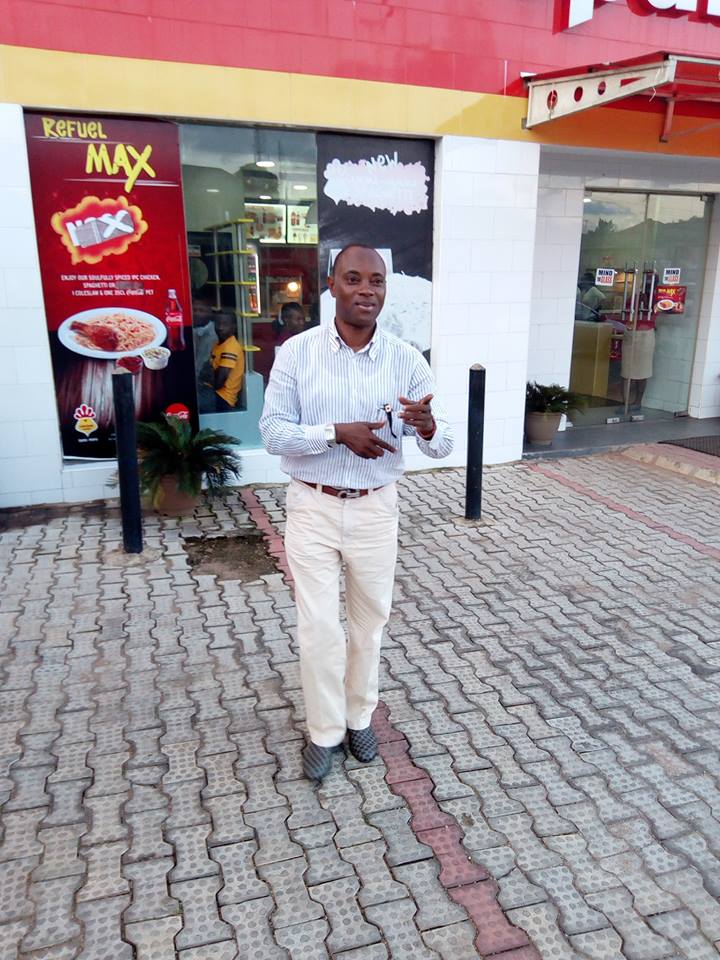 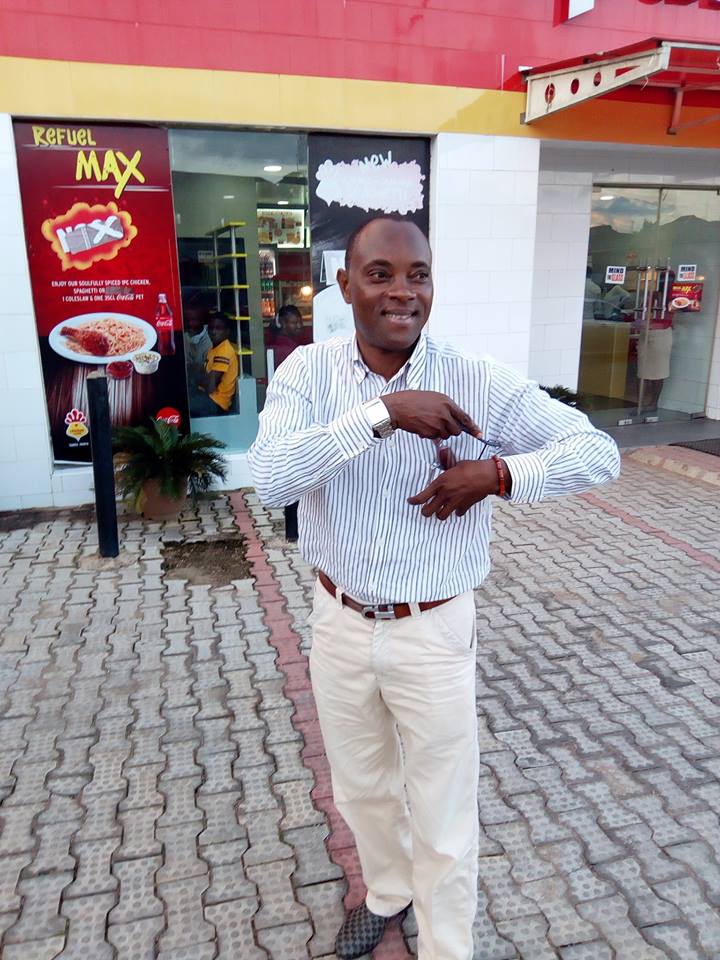 However, without saying a word the facebook page was flooded with reactions berating Eleko’s  attacks on the Prince. Some of the responses are published below

RESPONSES FROM  THE PRINCE’S FACEBOOK FRIENDS [ Published as written]

Azeez  Habeeb Glory  wrote  ‘‘Calling someone a name of  ibalorukoje, people like this need to be chased out of humans living environment”.

Lasisi Kazeem Ayodele wrote ”, Eleko you should be constructive with your criticism, destructive criticism is not ethical .In terms of politics and administration that of Prince is exceptional”

Nelson Olajiga wrote ”Thanks sir, we should outgrow sentimental politics and embrace democracy .He has the right to contest .He is not his father ,His father has his life and he is living it., let this young prince live his life too”

Adetokunbo Damilola Lexyqueenly wrote ” Bode Eleko or whatever u call urself ,this is not maturity…Don’t take this being vibrant for something else……Settle ur grudges with him if you have one and stop being a coward”

Jean Adetola Jegede wrote …”Bode Eleko! You sounded so incompetent that am not so sure if its worth addressing you .However your views sounds personal and you need to evaluate yourself  before you begin making any statements without any proof”

Folasade Ogedengbe  wrote ‘‘Forget about his name and pedigree , he’s actually a pretty nice guy and is surprisingly down to earth .Which is more than you can say about the average politician in Nigeria .He has my vote”.

Tajudeen Adams  wrote ” Since we are citizen of Nigeria  we  all have right to aspiring for any post let us stop condeming each other , Owo is 1, let’s join hands together to move it forward , Ogho ko ni baje oh, Ogho a gbe wa oh”

Horey Horpey Ore Ofe wrote ‘‘The whole Owo youth is solidly behind you sir, …RIDE ON 2019 NO OBSTACLE  like ELEKO……..can hinder you!!!!”

Folabi Krobo Fayeun wrote ”The Prince has not said anything bad at all .He is only trying to make his ambition known to Owo people”

Olateru Olagbegi Aderola wrote” You can see why some youths doesn’t want to contest?Fear of rejection kills most of them ..Bode we can sue you and your mother in Mobil for defamation of character rubbish …I don’t wanna drag your mother into this .But you drag your father’s name into it so deal with it..”

Akinwale Ibitayo Charles  wrote ‘‘Good development from The Prince , I do hope all the youths can bring this to reality.Am well associated with the Olagbegis  right from childhood and very humble families .You have my support Prince, if also to contribute towards this project am in 100 percent both financially , and everything  needed to be contributed …wink”

Amunega Adeloye Toyin wrote ” I am 100 per cent for you”

Ayodeji Aje Abayomi  wrote  ” He has a father The Olowo Of Owo who is in arguably the most humble king  in the world .He himself is a bridge between the youth and the aged the aristocrats and the peasants… he will surely do well ”

Pat O Ayodele wrote  ‘‘Why should you use such language about him.Stop being a hater .Prince Leke is a cool man”

Owo ConcernedGroup  wrote ”Why not joined the race sir.Is it a taboo to you?

Okuo Hope Mercy  wrote ”I guess Mr Bode Eleko is the type dat will study Mass Communication and write an application to work in Prison….I’m sorry if I sound insulting …..but pls my boss deserves an apology …..He was my project supervisor, with qualification as a political scientist, he has everything and every right  to Go for such post …Prince Olateru Olaleke is a nice and cool boss ..he is loved by everyone , take it or u leave it…still praying to av his kind to  supervise my next project …therefore , he is good to go ..”

Ekundayo Olumide Mike wrote  ” You are a BASTARD!!!God punish you for disrespecting my amiable Prince lovely Bros”

...I have checked his profile.He is very lucky he is not residing in Owo.I would control boys to beat him down to coma instantly”

Arikawe Ade wrote ”Bode issue should not be an issue, he is only looking for cheap popularity.Who sabi am?”

Tunde Onibode wrote ” Why the hatred?This is the lowest conduct of an ill informed individual I’ve ever seen or read in recent time.It is quite unfortunate.Ride on Prince Orisa Oke da ghon bee”

Funso Bummy Atiba  wrote ”The Bode Eleko sounds so unintelligent .How on earth would you start insulting someone on social media , not to talk of the whole family.Haaaa, o ga oooo”

Tunde Gold Skywax wrote” Shaii who said the whole Owo Youth is standing for him..this is how you ppl we say ..At the end of it , you will be running away , you ppl only support him because you are all family with him,for the person who try to blast him, you all facing him like he was wrong , when he no about politics what has he done before , that make you bold for him .For me we need more master mind not master talk”

All efforts to reach out to Bode Eleko failed as he has deleted his  facebook account  and no longer there.

Meanwhile , Olaleke said many have appealed to him not to take action, he said ” Infact I love our Governor Aketi and I am trying to contribute my own quota to the development of my town , nothing more. Politics is not a do or die affair.I  am loyal and I love all my people. This man called Bode Eleko is strange to me and I have never seen his face.In civilized world you don’ do this , never!. And surprisingly election has not even started and this guy is throwing stones.I am baffled.But above all I trust and believe in the almighty God.I have good friends in Owo and supporters.”

Who is Prince Olaleke Olateru-Olagbegi?

The Prince is one of the children of the Olowo of Owo Oba [Dr.] DVF Olateru -Olagbegi III [CFR].Olaleke is in his late 40s and has his University Education from the prestigious University of Benin where he bagged his first and second degree in Political Science and Public Administration. He is currently a senior lecturer at the Rufus Giwa Polytechnic Owo.