…… Pastor T B Joshua donated to our Zoo

…….I am from Parakoyi lineage 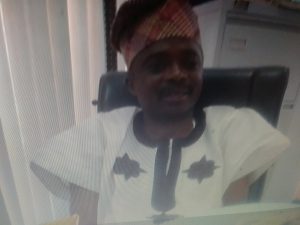 This day he was dressed in an embroidered  Yoruba traditional Dansiki  outfit unlike other days when he would wear Caftan or Suit  during  the office hours. One  can hardly recognize him as the  School Proprietor for he dresses simply  during the school hours .But for today, his dressing was special.He is celebrating   his birthday in the land of the living!.

Popularly called Uncle Lawal  by his students .He is a man of few words, the Proprietor of Greater Tomorrow International (GTI), Arigidi Agbaluku , Ikare -Akoko speaks with our reporter.

He is the Proprietor and Principal of Greater Tomorrow International College Arigidi/Agbaluku  , Ikare – Akoko. The school he founded since 1992 where not only academic pursuit is being pursued  but a place where   morals are  also taught. The school where  integrity is their watchword and honesty their sing -song  no wonder parents send their children and wards  there from abroad  to study in a school built like a University. The school is equipped with a first class educational  materials and the first to be using computers in Ondo- State .His students call him Uncle  Lawal while his peer group and friends   call him Chief . Some of his friends call him Chief Lawal,all in all he answers to all these with total humility and with smile. That is Chief James Olatunbosun Lawal, the Proprietor and Principal of Greater Tomorrow International College(GTIC) , Arigidi, Ikare Akoko 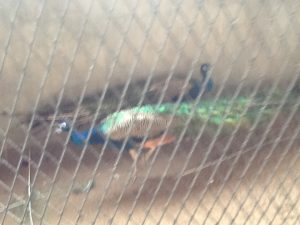 On that day,  his mode of dressing was totally different  as he did not wear suit, Caftan or a ‘T’ Shirt which could have been his normal dressing for school period  and be in the class or office.While many were surprised  of what he wore that day  . Yet many were not surprised as he himself  spoke about it later that his school gave him a surprise birthday gift.

Asked why he dressed in native attire on that  day , but the man replied ”today is my birthday as I added another year to my age. I did’nt prepare or  plan for it but my staff said it is  compulsory for them to celebrate my age with them , I have no option than to obey them”, he laughed 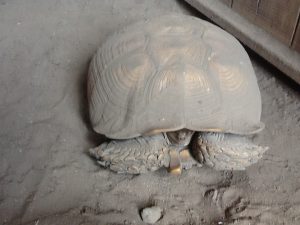 Tortoise in the zoo

MY   JOURNEY SO FAR

Lawal confirmed that   the journey has not been easy but he however gave  thanks to God , he said ” I  thank God for everything  for what  had happened over the years ,from the date of my birth  it has  all been struggle  and we give thanks to God .we can look back and say thank you God”, he said , looking at this reporter and shaking head.

MEANING OF MY  NAME,

In  Yorubaland , where names have meaning the Chief said his name Olatunbosun is pregnant with meaning like other Yoruba names, he said  ” infact I am from Parakoyi family background , we are parakoyis of the  days of yore .You should know that  the parakoyis are the wealthiest families in the  Ikire town , kings of traders , and known all over , far and wide .Its natural that people from that family will bear the name ‘Ola’  and from there we have Olatunbosun.

I AM FROM A PRIVILEGED FAMILY BUT…

Lawal, could not hide his feelings as he dropped a bombshell,that he was from a privileged home and had seen the two sides of life,  he said   ”  I am just like any other child , having come from a privileged  home , only to fall back to be humble , and it has been two wayside , from grace to grass and grass to grace”. He counseled that  no situation is permanent in this world and one should not take ”yes” for failure and should be strong.

WHY I RESIGNED  FROM MY FIRST JOB

Lawal who was a gifted teacher had at a time quarreled not with his boss but with the style of   administration in public school where he cut his teeth in the profession. He said  ”I started my teaching career from Ondo State Basic College  after my National Youth Service Corps (NYSC)   and worked for less than two years , it was a public school.  The style of administration  did not enable me to conform with most of these public schools , their style   and their ways of doing things , and I criticized my boss a lot , that was what led to Greater Tomorrow International College . I had to resign  and move to become a private teacher . By training  I am a trained teacher , I  have passion for teaching and I  know an ideal school , I knew  and saw what was going on and that was why I pulled out”. 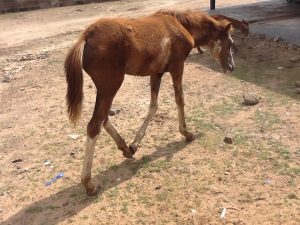 I STARTED WITH TWO PUPILS

Lawal said his beginning was not smooth as many didn’t know , the man who had passed through life said easy does it and slow and steady wins the race, he said he does not believe  to be in a hurry in life. ”My own life is a testimony  to all. I started with two pupils , Kindergarten, but thank God the Kindergarten has grown to International school where every parent is proud to bring their children and wards’‘.

For Chief Lawal, he had experienced the good, bad and the ugly. The bad memory of his five classrooms that went up in flames still baffles him, he said” I cannot easily forget how I felt bad seeing  this, there was a time when  our four classrooms were burnt . Painfully  about 90 days later addition five classrooms got burnt too., these have been my nasty experiences , but we thank God nobody was in the class and unfortunately it was in the night”.

ROAD TO OUR ZOOLOGICAL GARDEN

On how he came about  the zoological garden, the Proprietor said  apart the fact that he is in love with animal especially hearing stories of morals from animal Kingdom and the stories of  Crafty and deceitful Tortoise husband of Yannibo , he said ” in addition to that when the government regulator came here and said the government has made it compulsory for all  secondary schools to  have an entrepreneur subject , then  we chose animal husbandry. Some animals were stated on the curriculum and we are lucky to get some of these animals. We were then lucky as Pastor TB Joshua  of the Synagogue Church of God in Lagos donated some animals to the school , these animals  like Donkeys, camels, monkeys, ostrich, and goats,  and many more’.

”We found it also necessary to have all these animals for students to see with their eyes how these animals look like, We don’t have zoo in Ondo State and students need to see some of these things.It is part of education, how will you feel when these children only see  elephant, goat, monkeys, camel , donkeys on books only?”

FROM UNCLE TO CHIEF

In the school, he is called Uncle by his students and he is happy as he said , ” it makes the students get closer to him ,” Yes , the students call me Uncle and makes them  to be free with me , but they have  stopped calling me Uncle , I  am no longer Uncle but  a Chief.I am now a chief.( burst into laughter). Nothing  is constant , I am now authentic Baba Ijo  of  St. Thomas Anglican Church, Ikare ”

WHY  WE HAVE CHURCH AND MOSQUE IN SCHOOL

In the GTIC  are Church and a Mosque  by each side, on this the man ,Lawal said ”We have diverse people attending the school from Christian and Moslem background .We must be able  to tolerate  these two religion and teach our children about religious tolerance  that is why we have mosque  and church in the  same school premises and by each side. We want our students to be tolerant by the time they leave this place to see their brothers and sisters that they are one and should be tolerant of each other’s religion and   we should let them know we are serving same God”.

WHY I LEFT LAGOS  FOR ARIGIDI

While  many are moving to the urban cities only few stayed behind ,But Lawal said his own choice was borne out of choice and determination, he added  ”there is nowhere you stay that is not good , and cannot conquer the world, wherever we  are we can build it to our taste. I left Lagos for Ikare  long time ago to settle and fulfill my ambition I believe  in dream and  I believe I can actualize my dream , in my setting and most preferably my environment. My leaving Lagos for Ikare  resulted to  GTIC. and I have no regret , I thank God”

WHY WE STARTED COMPUTER EARLY

The school , GTIC  is among the few   using computer for JAMB examination in Ondo state and the Principal argued that one must be among the first, he said ” I always traveled abroad to see how things are being done in both primary and secondary schools  in the civilized countries like the USA, UK, France, Japan. You see we need to be exposed and invest in research. I always traveled to know the latest and update our academic curriculum activities. Everybody should learn how to use computer and should be computer-literate , in these days if you are not  computer literate you can’t achieve anything, all over the world all primary schools in the United Kingdom, America and France where I travelled to are using computer  that was why we started  long time ago .”, he said with full confidence.

HOW I START MY DAY

While many start their  day by  jogging around the field  but Lawal says ” when I wake up   I will first of all  pray. After my prayer , I will  go to the classroom , it is our culture here  in GTI, that between 6 and 7 Mathematics should be taught. I will go and teach mathematics and also make sure our Mathematics teachers are in the class, we need to teach these children how to wake up early and do all these things, Mathematics refreshes brain especially early in the morning”

Lawal says his bestDodo , wear suit, to school and caftan

what makes me happy

when i see my student progresing outside and doing well, that i have contributed to hiumanity

WHAT MAKES ME SAD

Lawal describes life as a place where talents are being given and distributed willingly  by God and  should be optimally used . He bared his mind on  what makes him sad , saying  when   he sees people roaming around not using their talent God has given him , he said ”I am always sad seeing people  wasting their time and not using optimally”

He gave reasons why he gives out , he said ”we should live a life of giving in all our obligations , not only money, but support to achieve their potentials”.