Help, my daughter is dying !

For the parents  of Miss Oluwasola Kehinde who live at No 11, Asewa Street, Owo, Ondo State it has been hell for them due to the  the deteriorating  condition  of their 13-year-old  daughter  who has been suffering from heart failure.

According to the mother Jumoke Oluwasola , it all started in 2010,  when it  she was diagnosed  that she has been suffering from  heart failure She said : “I am working as a Cleaner at the Federal Medical Center(FMC) , Owo, while my husband is  riding Okada for commercial purpose. We have been   to  churches and prayer Mountains seeking divine intervention and solution  but no positive result. Her twin sister, Taiwo is hale and hearty .I don’t know how come this girl is facing such a terrible health challenge 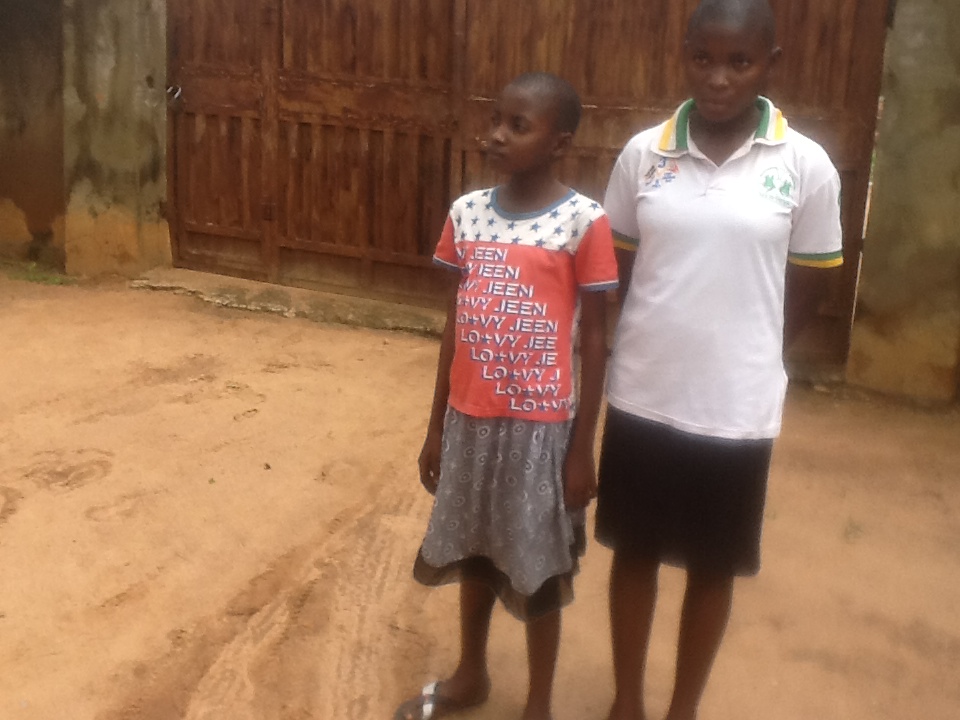 Left is Kehinde [lean] and Taiwo

“When she fell ill  four years ago we took her to the Federal Medical Centre, Owo, but  they could not detect the nature of her illness  until when we got to the  University Teaching Hospital,UCH,Ibadan where   we were referred to. The doctor at  the UCH advised us to look for money to operate  her before it is too late. I need help from good-spirited Nigerians to save this girl’s life as she is getting worse everyday.  She cannot walk like her twin sister while her legs are swollen and she breaths heavily “.

Kehinde who attends St Louis Grammar School, Owo in Ondo state has not been attending classes regularly ‘Several   times I used to carry her on my back “, said her mother 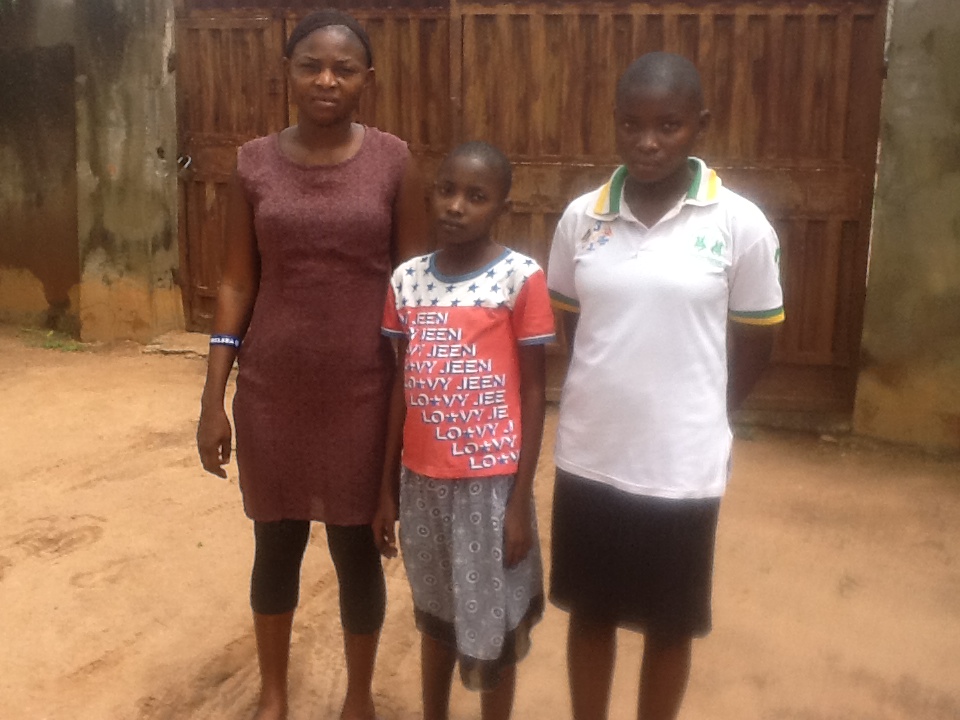 Mother and her twins

A letter  dated 27November , 2013 was issued to her by Dr.A.O .Banjo from the Department of  Paediatrics, UCH, Ibadan.

The above -named was admitted on 31st October,2013 with a history of recurrent leg swelling and easy fatigability of 3years duration .She presented 8weeks after referral  from your centre .

She was managed for congestive cardiac failure 2 to Rheumatic Heart Disease  and Acute Rheumatic Fever .She has been on Captopril  25mg  daily, spironolactone 25mg tds, Hydrochlorothiazide 25mg tds and Aspirin at 1.2g a.m, 900mg p.m,600mg nocte  and had a dose of I.M Benzathine  penicillin (1.2Mega units)on 02November 2013

The letter was signed by Dr .O.O.Ogunkunle(Consultant Paediatric Cardiologist)