….No photos of the kids  and tenants

It is exactly one month   when Madam Bimbo Lekan’s two kids were  stolen   from  her house .Since then , the woman has been behaving funny.  She spoke with taiwoabiodun.com

The building houses  an old woman who they claimed  is Bimbo’s grandmother.For Bimbo she has no other person to console her as she receives  heap of blames  from all nooks and crannies for being careless about her two lovely kids who were stolen under her care .

The clothes she claimed she was  washing  have become useless as the kids to wear them are gone, and it could be forever except God intervenes

Now she has relocated to her granny’s house and she  hardly eat these days , the mother said, adding ”she could run mad if she is not properly taken care of that is why I  am staying with her  .Since the incidence Bimbo  has been taken away from where the incident happened and now living with her mother and grandmother who are monitoring her movement as she has changed from the that joyful mother of two kids to a childless mother  now seeking the face of God.

When our reporter  met her she was sandwiched  in-between her mother, grandmother and  her aunt sobbing, suddenly,  she glanced at  the ceiling fan   and  cried  ‘’Sorrow  should be my second name .Where will I see these kids again?’’ as she said this she went outside to look at those passing bye  and came back  to sit on the sofa again .Many times she would look askance and laugh  wildly then walked  round the compound calling the names of her stolen children. Last Saturday she ran to the  Post office to see the vendor and asked whether the  retrieved kids from a Catholic Priest were her own. This has been the way Mrs .Bimbo Lekan whose two children [Blessing and Ayomide Lekan] whose  ages are  two years and 8months and the younger one 8months  were stolen before her nose on that fateful day of January 30,this year. 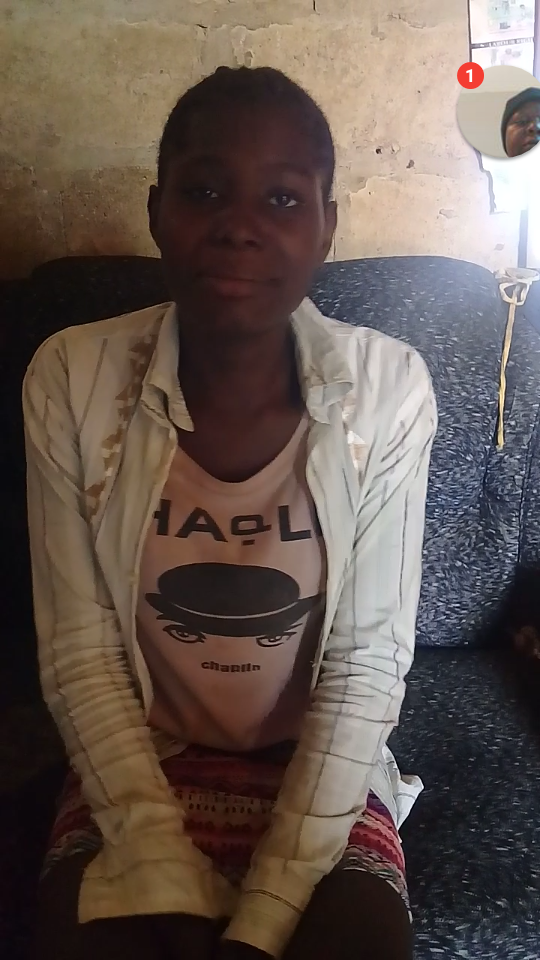 On January 30, this year, a strange couple who pretended to have come to rent a room after paying for one year ,stayed for six days and  later disappeared with my  two kids under the pretence that she wanted to buy biscuit for them. Up till the moment  the kids have not been found.

According to Bimbo the mother of the kids , a man who claimed   to have come  from Delta state came to rent a room  in their building at 27 , Okedogbon street, Owo.

‘’When the man came , my mother told him that she  preferred  a married man living with his wife and the man went to bring   a woman he claimed to be his wife .We asked them to pay 2,000 naira per month but they begged for 1,500 naira and they paid for one year and   that is 18,000 naira and  the money was given to my uncle who had no time to give them a receipt for he was preparing for his baby’s naming ceremony.’’, she said

She continued ‘’On that fateful day I was washing  clothes at the backyard while my daughter the  older one was  sleeping while  the baby was crying , since the woman said she is an hairdresser I asked her to help me do my daughter’s hair .She carried the  baby that  was crying  and put her on her back , later the one that slept woke up and she held her saying she was going to buy things for them .That was all .

”I never thought they could be devilish and evil. It was when we didn’t see these children  that we raised alarm .

I went to the police station but I was detained , saying I was the first suspect since I did not come to report early and I spent one night at the station .

It was when I finished washing and asked after  the woman  that we knew what happened,  we ran inside to search for them but only saw the bag filled with used  carpets’’.

The woman  said ‘’ we were shocked that such a thing could happen .We did not know their names and we didn’t ask. All what we know is that they are from  Delta  State.

According to her mother , after reporting at the Police station, they  also visited    spiritualists  to seek for divine intervention.

NO PHOTOGRAPHS OF THE VICTIMS AND THE SUSPECTS

When  asked to bring the  photographs of the kids  , she said ‘ I have only the picture of the senior one , and that is an old picture  , I don’t have their pictures.

Bimbo’s mother has been guiding her daughter to avoid her from committing suicide , she said ‘’ I go out with her even when going to the toilet, the way she has been acting since the incidence did not let us let us leave her alone .We heard over the news that a couple was arrested with two kids but when we read the paper it is not our own case.