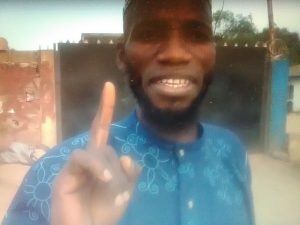 ..….Jesus Christ is coming back

While   I was in the popular LT  commercial Bus in Lagos , this Muslim Cleric and some  passengers  were in a serious argument discussing  about Jesus Christ. An  old man said “Jesus has finished his assignment on earth and he’s not coming back ”. But this  Muslim  Cleric said ”Jesus is coming back  but……..”

He continued”Jesus Christ  is not the son of God but a Prophet of God .For God said that He has no child of His, has no friend and no relatives . He is the only One.

”About 14,000 souls leave the earth and go to heaven everyday and are replaced by same 14,000 that are born daily. God changes the souls in heaven and earth daily.

LISTEN TO THE TWO DIFFERENT INTERVIEWS