I deceived people, used magic and called it miracle. I did a lot of unholy things in the name of God. I made money and as I was planning to buy a Jet things went wrong. Today, I regretted all these. 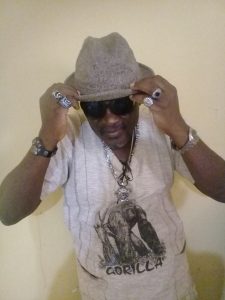 He bares his mind to this reporter  ,”Please  Oga Journalist  don’t mention my name ”. He   repeated  his warning  ”Don’t ever  record my voice and please switch off your phone (he took the phone and switched it off)  but  you can jot down your  points”  .

” My story is irritating, disgusting ,nauseating and nasty.  I am ashamed of myself but I have repented . You see, I finished from the University of …….. in late   70s and have my  Bachelor of Arts  degree  in English language   with  a second Class Upper Division     from a prestigious University. Believe me, by then jobs  were waiting for me  and one of them   was teaching .

”My father was a respected Reverend in one of the  Anglican Churches from  the 60s till 80s, and you know there were no miracles then ,it was only Jeesu nwosan, Jeesu ngbala, Ara ,Oore, E wa too wo, oyinmomo we sang ( Jesus heals , Jesus saves , friends , come and taste it , its sweet). Unfortunately, my father died a poor  Reverend.

”In the early  80s  I  started going to Pentecostal  churches  where they   preached   miracles and prosperity. There  was a serious  drift from the  age -long orthodox  churches to  Pentecostal Churches!. In fact it threatened the   orthodox churches.

” I  got closer to some of these overnight  Pastors/Men of God   and knew  the secret  behind their high number of   their congregants ,wealth, miracles  and  their speaking in tongue etc. After two years  I  founded  my own Ministry.

HOW I GOT MY POWER

”Today how many are speaking in tongue? How many miracles are genuine?. How many are Holy  spirit- filled?. All is ruse and voodooism .

”I used afose ( juju) and I also have talismanic rings from India ,I have ifunpa and igbadi (leather strings) . There was  a special water I used  to bath with in the morning before going to face the congregation. In fact I used to take hard drink and ”shirk” ,used perfume and  be licking sweet  before going to church to minister. 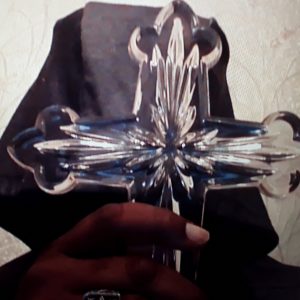 ” For miracle to happen one needs to belong. To be able to speak in tongue one needs to be ‘taught’. To be  rich one needs a tutor /mentor. I  slept in the bush for one  month  eating  a whole raw bush rat everyday . I buried six Holy Bible and  seven of  Six and Seven  Books of Moses at the altar while in all corners of the Church I buried  houseflies, three live tortoises  and two heads of male and female crocodiles . I used mucuish dirt ( log or gunk ) of a dog (ipin oju) in order to  be seeing vision and foretell  the future. In the middle of the church I buried   a big cow  that was  how my church  grew. At the beneath of the Pulpit, Altar, pews and entrances to the church I buried strange things there . Apart from this ,human beings were buried alive in the four corners of the church. Each time I remember how some of them cried in pains I felt sick.

”The miracles I  performed always  lasted   two weeks only  and   the disease or problem  of the healed person would come back again.

”While performing miracles , I  would stretch out my right  hand, (with  esoteric power ) fixed my eyes on their sore/withered   limbs  and healed them  but the healing was always temporal.  At times I would connive with some greedy  Medical personnel in  the  laboratories   to forge and issue  fake  HIV /AIDS positive and negative reports for the intending patients who would pose to have the disease and got healed. I would mix their medication with  their food and water  to make sure they are healed or recuperate from their ailments(for those having curable diseases) yet  always instruct them not to take medication (so that my own ‘miracle’ would work). In church I  would organize  some strangers who would  pretend  to be  crippled  and  before the  service starts   would walk round and make sure they were  seen and sighted  by many people but nobody knew them .Mind you, we have experts who were paid and could do it perfectly .

”I have some special suits where  I concealed some  electric shock materials   and when worn always  attract people. Whoever touches them would experience electric shock this  they believe is Holy Spirit ,that is why many  run after me to touch me believing I have the power of miracle.Many fall to my anointing.

”While going  for  crusades I would go with the Holy water and this  is a mixture of  water from the sea and Atlantic  ocean water  mixed with  the water used to wash dead bodies  in mortuary. I have used the fetus of  pregnant women along with umbilical cord  of twins mixed with some concoctions. I wear juju  rings on my toes . In my crusade I organized  for  patients who are recuperating from their illness  but not the dying ones. My miracles   have expiry dates like drugs which should be renewed every two years. After the expiration of the second year I had to go for another ritual .This I did for years until I left Port Harcourt for Lagos,Kenya and South Africa .

”I lived in South Africa for many  years  where I learnt the art of abracadabra in ”raising” up the dead, walking on water and even  appearing from the sky . Later I  came back to Nigeria to settle down. I wanted to start doing all these in Nigeria and was gathering more people to be more popular.  Many  Pastors in South Africa know me very well, some are still practicing all these. There are fake miracles but  miracles like mine don’t last because you have to keep on renewing the juju each time  it expires.I have traveled to many countries sourcing and renewing my power.

”The danger in it is that one does not have peace of mind as it keeps on demanding for one thing or  the other  and that is why you see some pastors  confused and angry when preaching in  church.

”When many so called ‘Men of God’ started  joining the league of Miracle Pastors , especially the young jobless graduates  the number of our followers started going down .

WE CAJOLE THEM TO PAY MONEY

”It is not easy to convince the congregation  to pay or donate money but  I cajole them , quote from the Holy Bible and systematically place curse on  whoever refuses to pay or ask others not to pay. Several  times I used afose  combined  with the Holy Bible  and Holy Koran passages in order to squeeze  money from them .I tell them to pay or donate for church  building, altar and all different kinds of  projects .I educate them the blessing one receives in paying tithes and thanksgivings of different kinds . I published books on Praise worship, prayer etc as I would  just write few words with big English vocabularies  supported  with some passages in the Bible.

”You must  pay to receive miracles , we give out our account number.I was planning to buy  a Jet  and build  a mega University and  have  names of my children and wife incase I die. And when I die my wife must replace me , according to my Will. But the bubble burst when my second in command quarreled  with me over money and exposed me.

”After amassing wealth and popularity I  was tired of renewing all these expired sacrifices and rituals because no matter what you have to renew at least one item in a week when it expires and before you know it, it becomes everyday thing. But I finally stopped when my first and last born were killed in  an auto crash as I forgot to renew my pledges .

”It was one church member who  during a vigil discovered the big coffin buried in the church while some ritual items were also discovered and they alerted others. Later my second in command , we called Senior Pastor  exposed me because of our disagreement over money .

”When I was not around he brought some boys to dig all the places where we buried our ”materials” , not only this, they  dug out live snake from where it was kept. They removed the clay pot of  palm oil  , tortoise  and human  bones from the ceiling.

”One day  I called some of my pastors and miracle healers in South Africa and told them that I was no longer interested in all these fetish things that the sources of my power  had leaked  and  exposed to  the media. The  social media  exposed all these the more.

”You see these fake pastors are everywhere , some would say they are healing diseases but let them go to the hospital and heal the sick, let them go to where amputees, cripples and those who  are bedridden are  and heal them. Now , some pastors are asking their followers to be eating grass,  Pastors  immersed themselves in drums filled with water  and would ask  their followers to drink  from it . Some would tell you their semen heals, Infact some claim they raised up the dead as Jesus Christ  raised Lazarus from dead while some claim to be Jesus Christ walking on the streets. All is ruse, rubbish and  practice of  voodoo.

”I deceived people, used magic and called it miracle. I did a lot of unholy things in the name of God. I made money and when I was planning to buy a Jet things went wrong.Today, I regretted all these

”Now I am back  home  and   as poor as church rat but I have peace of mind. I have wasted my precious time for 25years. Now I have retraced my step and back into Anglican Church. I now know that  not all that glitter is gold ”.

THIS STORY IS FICTION