The old man  held his cigarette with his tiny fingers and coughed heavily. He  again smoked the cigarette then released the smoke into the air and it danced towards heaven .

He  adjusted his rocking chair made of local fabrics and pleaded “please don’t publish this story before I die .If  you do and my son reads this he would know I’m talking about his mother and will not forgive me”. Again,he coughed heavily , spat brown colored sputum ( no thanks to his smoking) into a container kept by his side.”Baba why don’t you stop smoking  as it contributes to your coughing”, I said .The old man looked at me with disdain , shook his head , and responded ” I have been smoking before you were born. I am 85 years of age and if I had wanted to die through smoking I would have died , and besides that it is not what I called you for”. I am sorry Baba, let’s continue our business at hand, I pleaded.

”Now ,  on your  recorder, take your pen and paper and start writing this story” , he ordered . Since I got a good story I brought out my camera and quickly  took good  shots of him  .He warned ” Ha!, please don’t use my photograph , delete it from your camera , don’t let me curse you and don’t ever be tempted to use it in your story” , he warned  again.

” It was during the raining season “, he started his story, “I was going to a friend’s place and along the way I was drenched. I ran into a kiosk  for cover not only  from the rain but from thunder and lightening and also to keep warm. The woman who was my cousin’s wife and owner of a nearby shop was magnanimous enough as she pitied me and asked me to come into her beer parlor to wait until the rain stopped.I met about six people there who also ran there for cover .In that beer parlor there was another inner room and after some minutes I was hearing a familiar male’s voice.

”I overheard their conversation ‘ you cannot go out now to ease yourself , people are there watching. Baba Lekan is there , please don’t let him know you are here ‘.

”When the rain stopped and everybody left but I didn’t. The woman asked me to leave but I told her I wanted to buy a bottle of beer , she asked  me to take it home, again I demanded for a shot of a local gin , Ogogoro . Curiosity took over me as I wanted to know who was in the room.

”I wanted to be sure of  the owner of the  male’s voice .The more I advanced into the room the more the man screamed of wanting to urinate .Time now was 12:05 am .Pretending as if I was drunk I shouted ‘Baba Segun what are you doing here at this time of the day?’. He first pretended as if he did not hear, then I repeated  my question again and said ‘it is me , Lukman your cousin’. The old man began to stammer, tried to explain why he was there.  The woman too ran to me , knelt down and begged me not to expose her, she even asked me not to pay for what I bought .

”The woman, we called Mama Kudi was a wife to Baba Segun’s younger brother (Ibrahim ),and has been having an affair with her. Baba Segun was my big uncle , he was a younger brother to my father , that means I am very young to the two of them .Then I was in my 30s and has just returned from the East after the Nigerian Civil war.

”One Sunday morning I was at home still a bachelor when Mama Kudi came to me , she went on her knees , begged me not to tell anybody about the affair she was having with Baba Segun .She brought gifts.I didn’t tell anybody for a very long time while Baba Lekan did not stop going to her shop.

”Mama Kudi  gave birth to a bouncing baby boy few months later .The baby looked exactly like Baba Segun but the old woman kept it to herself . I stopped going to her shop. It was while playing the Yoruba Ayo  Olopon game when more stories started unfolding. One of the players told the story of how the British came to rule Nigeria, how the country was faring  in the 40s .Another man narrated  the story of how one of his colleagues stole during the war  , War stories,  gossips of people’s affairs , and stories where Ayo game was being played .

”I started going to Mama Kudi  telling her how I knew about her sexual escapades and she too would be begging me by giving me free drinks. It became my habit. One day I told her that I wanted to sleep with her or else I would expose her, she shouted ‘what is my secret? Tell me’. Thinking I would talk about Baba Segun or  the bastard child she had , “No ! “. I now told her how she poisoned her husband’s brother  because he caught her in an hotel with another man in 1970 after the war when men were scarce as many had died in the war. She was shocked , she screamed. She   knelt down and begged me, but I insisted  but on one condition, I should  have sex with her .She pleaded  but I was already high and dead drunk and wanted to have my way. She knelt down and begged me three times and that she was still menstruating and  in her ovulation period in her mid 50s and could get pregnant. She said she had become a pack of mockery everywhere for having four  children for two different men and it wasn’t her  fault. She reluctantly accepted the offer that night . 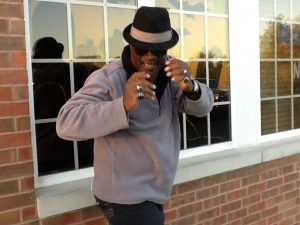 ” While both of us were still naked  and in bed on that  morning, she brought out a black colored animal horn- like object filled with red and white cotton wool , spat on it and muttered some inaudible words. She later brought out a container and emptied her urine on me and said   ‘You , Lukeman you will live long if I should get pregnant but no matter the amount of water you drink you will not be satisfied until you taste a woman’s urine .And if I don’t get pregnant but for forcing yourself on me because you know my secret you will weep towards the end of your life. But don’t publish this story now.

”I dismissed her words with the wave of the hand.

”In 1972 I did London GCE/ CAMBRIDGE. I passed courses in Accounting and became an Accountant and was doing well in a British Company in Lagos.

”I have six children from three women .But each woman left one after the other because of my strange behavior ”.

As the old man got to this point , he gave a heavy sigh and warned again” please do not divulge this secret until after my death. Play the tape for my children if they doubted your story “.

On the 23rd January 1998 my last wife with her daughter packed out of my house and never returned till  this day .It was that same reason why my two wives packed out that made me to almost be lynched in 2010.

He continued ” Despite the fact that I am rich. I didn’t construct or build modern toilet     ( WC) instead I use pit toilet. I have been using pit toilet for a very long time. Anytime my wives and their female children urinate in the potty I would pretend as if I loved them and would take the urine pretending I was going to empty it in the toilet but would empty them in  green bottles , put them in the fridge. Many thought it was beer.

”One early morning Tina and her mother tip -toed and caught me red handed .That was the last day I saw them as they accused me of trying to use them for money -making ritual and to prolong my life. All efforts to explain to them failed.

”Now , on the 23rd of May 2011  I had been used to some brothels where I paid for a prostitute to be assisting me of  her colleagues’ urine at the popular area of Ayilara .I paid the prostitute who had been my customer for a long time very well and she had been bringing me urine , not knowing she was being monitored by her partners . One day she was caught while handling over a bottle of “beer” to me .Immediately I took the two bottles from her. All her colleagues who had been hiding and trailing us pounced on me and beat the hell out of me.They sent for my children who came to bail me out at the police station.The day was a bad day when I was rescued from the angry mob, accusing me  of  trying to use human urine for sacrifice .No, it wasn’t so. The fact is that anytime I am thirsty and drank water I would be more thirsty until after drinking woman’s urine before I am satisfied and relieved .

”I had gone to several hospitals but no solution, In fact herbalists and spiritualists  had no effect. I was asked to go and beg the woman who did it , but she died immediately after childbirth, for according to the doctor she should not have had child at that age.

”The baby boy she had for me was raised by her mother’s family , but I sponsored all his university education.

”When the rumor spread out that I was into money -making ritual I denied it.  I even swore that it wasn’t so, but couldn’t tell them the above story .In fact my last wife left me when she caught me drinking her urine.

”The child that Mama Kudi had for me and two others another woman are the only surviving children . Three other children are no more , while one was lost and never seen till today the  two others died in a fire accident .

”Please publish this story after my death . Let the boy and the whole world know that I was not into any ritual”.

NB: The Old man has died and has since been buried  not too long ago.

We have changed names and places.

PLEASE LEARN FROM THIS STORY .IT IS REAL.

One thought on “Please don’t publish this story now!”