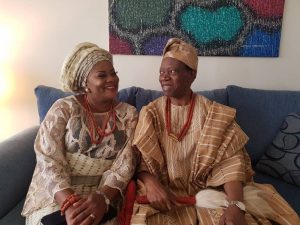 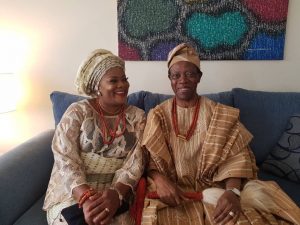 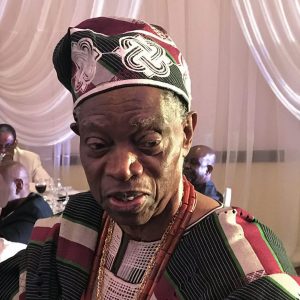 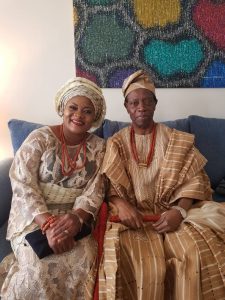 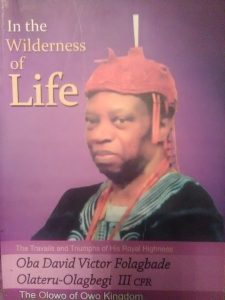 Today the Olowo of Owo , HIM would have clocked 79.

But still I am one.

I cannot do everything ,

But still I  can do something ;

KABIYESI , I am writing on your birthday because you clocked 79 today.  I can still do something for I cannot do everything as   Edward Everett Hale said.

I received a phone call from my older brother, Professor Rowland Abiodun from Massachusetts, America immediately after the     announcement that   Olowo  of Owo, Oba ( HIM) DVF Olateru -Olagbegi  III  had passed on . The professor asked me what I can say  about the late Olowo , and I described him thus   “He was gentle-spirited with a simple outlook but with a razor-sharp intellect . He was gifted with Solomonic  wisdom. He had the power of a lion but did not use it to revenge .  Though he was grossly misunderstood but whether they  like it or not he left his good  footprints​ behind. He was  quintessential . He had the opportunity to live and act arrogantly.  He had the opportunity to use and  abuse his power . Yet he had no Bodyguards!. He had the opportunity to live a flamboyant lifestyle but he declined it.  He had the power and opportunity to revenge on his  perceived enemies but he chose not to. He was humble that in Church he would remove his cap or crown, dance and kneel down to pray .Compared with some  other Obas  who would not remove their caps or  Crowns in Church giving reasons . But for HIM Folagbade Olateru-Olagbegi III, he mixed  freely with people ,I repeat , no Bodyguards!.  He sat on a very powerful throne and was invested with the  royal  authority, academic and influence  yet did not use the power to influence  it  on his own children. With his infectious smile he would tell you  “exercise patient , God’s time is the best”. The professor of African Studies responded with a heavy sigh and  said “learn from that , it is a great opportunity to  have a close relationship with such a powerful , influential with International clout  and a man with robust testimonials  who was closer to God”. 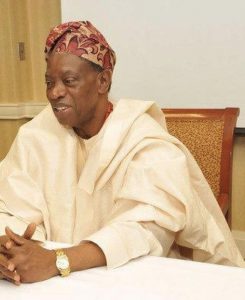 One of Goya’s etchings shows a decrepit old man ,and underneath  are these two words Aun aprendo, meaning  “I am still learning” , this is humility .  the late Olowo of Owo, His Imperial Majesty was humble.He was full of humility.

I remember an incident that happened few years ago at a function  when  a man (names withheld) dragged me, removed  his  shirt then bellowed   “this is my belly full of scars ,  it was ripped open , I was stabbed and almost died .My belly  was stitched  because of  your Monarch.  I will kill you  and nothing would happen. We put him  there and  we can remove him. Why are you defending him everywhere? “. It took the intervention of some people  before I was freed from the man’s iron hand as I was breathing like  Agiliti of the famous Igbo Irumole  of D.O. Fagunwa’s Yoruba novel .When the Monarch heard , he called me and pleaded to me ”exercise patient , just keep your cool and avoid him. Go and write it down this same man would one day repent and beg you”. Few years later the said man   met me  at the  Olowo’s  palace during Igogo festival and  I reminded him what he did .He tendered an apology, and I forgave him. Olowo did not ask  him to be arrested and did not even send for him to ask him but how and who told him I did not know, instead  he preached peace.

In one of  my discussions with the late Monarch , he said  “Taiwo , I heard all what they call me but I don’t worry . I  forgive them .You see, many don’t know that I heard all these”.

At a time I was with  the late Olowo when a  young man came to  him to sign some documents for him, he signed all the documents  .The Monarch asked after the welfare of the young man’s father and the young man responded.When he left Kabiyesi said to me  “Taiwo  iba omade yi ee ki mi o’‘( meaning Taiwo , this guy’s father does not greet me o). But why are we troubling ourselves?. Who knows where we would meet or our children would meet in the future?”. What of the Chief who was accused of felling some trees? When I approached and begged  Kabiyesi on his behalf , the Monarch explained intoto. “If he somber and  remorseful I will reinstate him  but I must make sure he showed remorse, and mark you when he is reinstated he will not come to you again, he will even be boasting . Mark my word”. In the end the man’s chieftaincy title was restored and  I did not  hear from him again, while those who contributed to the return of his tittle told me same thing ”. The words of our elders are words of wisdom.

The above stories are true life stories showing the type of  person the late Monarch was.He was a forgiving Man. 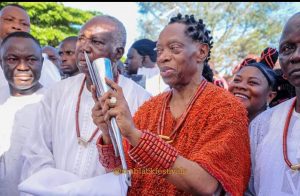 Kabiyesi told me a  case of a young man who took a case to Court , despite  pleading  to him to drop the case, he refused and was obstinate . The Monarch called him and begged him but the young man insisted going further .The Monarch said ” this man does  not know law at all. He is guilty of what he was talking about.He is ignorant about the law he was quoting  but he will fail in  Court , let him continue,  leave him”. Eventually the man failed in High Court , he went to Appeal Court and failed WOEFULLY. When I reminded him another case he tried to stop but the man  was as arrogant as  the Devil ,the Monarch said   “Don’t you read about Pharaoh in the Holy Bible? .God made sure Pharaoh remained  stubborn for him to perish. I knew where it will end from my personal experience and prayer . The more the man  goes further the more he would fail and be disgraced. I pray he goes to the Supreme Court and let me tell you , he will fail and the whole world would hear of  his disgrace. We should learn how to be humble and respect the Monarch no matter how old or young the Monarch is , their words are  powerful for they represent God on earth”, he said. 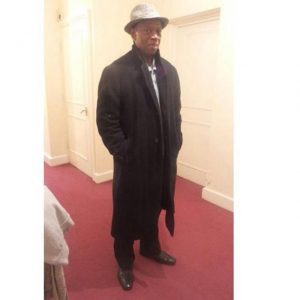 On Igogo Festival , the late Monarch was  accused that he was more of a Christian and  in God than Culture and this caused some disaffection in the community .When I challenged him on this , he said ” I respect Culture but Taiwo there is nothing like God. God is above all. We would die and leave all these . Jesus is the only Saviour I have  , nothing more!”. He was even ready to be 100 percent in Church …The late king acted like the story ( excerpts from a book) below :

St. Francis , who traveled quite extensively in his missionary work , in 1219 visited Egypt, where he hoped to convert the sultan, al- Malik al- Kamil.The sultan laid a trap for the saint, spreading a carpet decorated  with crosses in front of his divan.”If he treads on the crosses I will accuse him of insulting his God and if he refuses to tread  on the carpet , I will accuse him of insulting me ”. Saint Francis  walked straight onto the carpet , to the jeers of the sultan.”Our Lord was crucified between two thieves ”, said the saint , undisturbed .”We Christians have the True Cross.The crosses of the thieves we have left for you , and I am not ashamed to tread on those.” 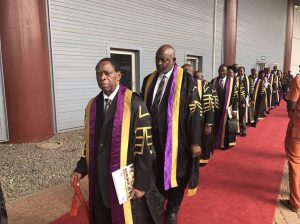 When I missed a programme of which I would have traveled with him , the Monarch  said “God’s time is the best.Those who rushed things in their lives things rushed them too. You will be a great man in life. You are a good ambassador of Owo. I thank God for having a son like you”

Today as Kabiyesi clocks 79 , I guess what he would have said and done. I remember  his last Birthday , he called me on phone  and said he was marking his 20th Coronation anniversary, but I could not attend because I was not in the country. But I said “Kabiyesi , make it loud . Let the press cover it. Spending 20years on the throne is not a joke”, he responded ” Ha , Taiwo  there is no need for making it loud.”

But we still need to thank his wife,Yeyesa Ololade  her Queen who was always by his side. Yeyesa a lawyer and a Senior Lecturer at Adekunle Ajasin  University , Akungba. On  phone we relate , we talk . She reminded me yesterday  that Kabiyesi would have been 79 today.I screamed  “79?. How time flies”. She said  “I will light 79 Candles for him”. The Queen reminds me the words of Sir Walter Ralegh ( C 1552-1618) that says

But true love is a durable fire,

In the mind ever burning ,

From itself never turning 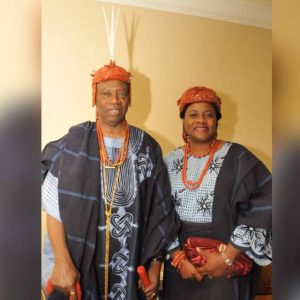 For me who he always referred to as “My adopted Son” ,I will celebrate him today. I will light 79 candles for him. I  will pray for him. I will weep . I will pop  Champagne. I will pray for him that God should forgive him his sins. I will weep for those who did not understand him .I will drink Champagne to celebrate him for he clocked 79 and was a successful Monarch.  He has left the world .He has done his part and left the rest for us to continue.

For those who continue  to criticize him let me remind them John 8:7 where many people wanted to throw stones at a woman who was accused  of adultery but Jesus said ” He that is without sin among you let him first cast a stone at her ”. 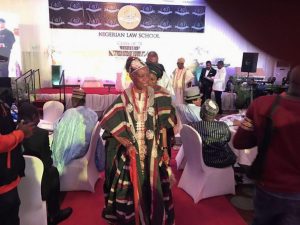 Wherever you are Kabiyesi, I am shouting Happy birthday to you and many happy returns. I know one day your statue will be erected  as your name has been added to the ancestors ; Olowo Ojugbelu,Imade, Kodo, Agbologo , Odondon Omasan, Aladetohun, Ataneye , Ogunoye I, Olagbegi II …..to Olagbegi III.